Two former cheerleaders from the University of Kentucky's national championship squad posed for an engagement photo so amazing that social media skeptics insisted that it must have been Photoshopped. 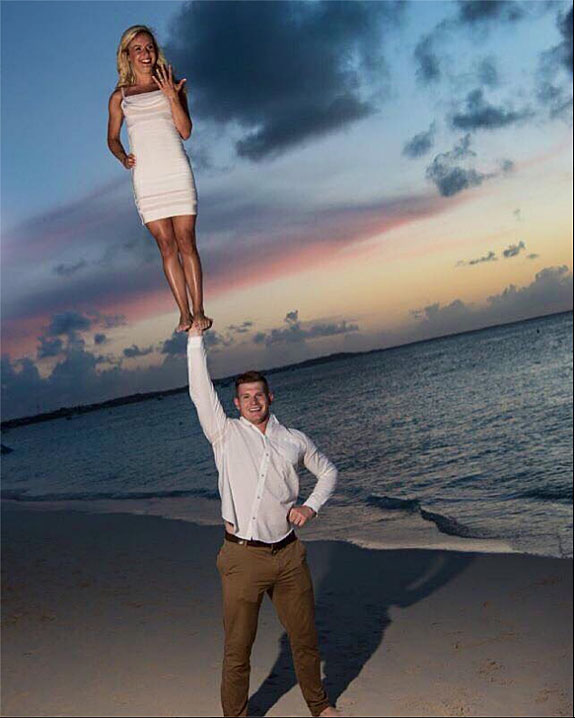 In the shot that was taken moments after Adam Sunderhaus proposed to Ashley Vennetti on the beach in Turks and Caicos, the couple is seen in a gravity-defying cheerleading pose called a "cupie." The powerful Sunderhaus poses in the sand, left hand at his waist and right hand raised straight in the air, while the petite Vennetti stands casually on his outstretched palm. The fingers of her left hand are spread out in front of her face to show off her engagement ring. In the background is glorious sunset.

Huffington Post UK described it as "probably the most incredible engagement photo shoot we’ve ever seen."

Reddit participants used Google's photo search to come up with evidence that the images of Sunderhaus and Vennetti were somehow edited together.

Needless to say, those naysayers came up empty, because the couple has performed the cupie more than 1,000 times during their cheerleading careers at the University of Kentucky.

"It's a common stunt," Vennetti told Inside Edition, whose reporters were attempting to verify whether the image was real. Vennetti provided the syndicated celebrity news show with photo evidence of the couple performing the stunt in front of Wrigley Field in Chicago and at Disney World in Orlando. They also performed the cupie in real time for Inside Edition's viewers.

Added Sunderhaus, "[The cupie] is kind of our cool signature way to take a picture.”

Few people would know of the talented couple had it not been for the University of Kentucky Cheerleading Facebook page, where the engagement pic was posted on June 29. Over the next few days it drew 22,000 reactions and 1,700 shares.

“I didn’t think it was going to go viral,” Jomo Thompson, UK’s head cheerleading coach, told Kentucky.com. “Both Ashley and Adam are two wonderful people. Ashley has a heart of gold… and Adam is a hardworking guy, very likable as well. Kentucky cheerleading is about more than just cheer."

Vennetti and Sunderhaus met on the University of Kentucky cheerleading squad and were friends for two years before they started dating. During their time at UK, they were members of the squad that won the Universal Cheerleaders Association National College Cheerleading Championship in 2012 and 2014. 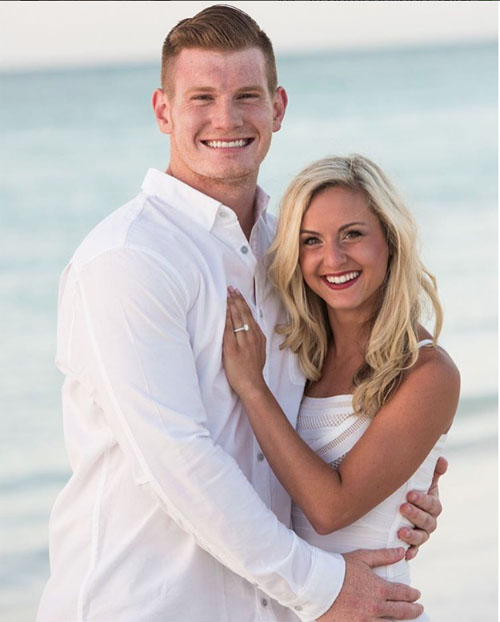 On Instagram, Sunderhaus posted a photo of himself and his new fiancée with the caption, "She said YES! Can't wait to marry my best friend & the love of my life!"

On Twitter, Vennetti showed her appreciation to the University of Kentucky Cheerleading squad, writing, "Forever grateful to this program for bringing us together!

Sunderhaus told Kentucky.com that the couple is planning a wedding for the late summer of 2017.