Self-proclaimed master gamer Shane Birkinbine took his relationship with girlfriend Pam Edwards to the next level by building a marriage proposal into a custom level of their favorite video game using "Super Mario Maker."

In a video that's been viewed on YouTube nearly one million times, we observe Edwards being coached by her boyfriend through a custom course he designed for the classic Super Mario Bros. video game. She carefully maneuvers through the level, earning gold coins along the way, but she's so intent on successfully completing the course that she's unaware that the last leg includes a special message spelled out in blocks.

As her screen character earns "star power" and knocks out a few of the lower blocks that make up the bottom of the "P" in the word "Pam," Edwards is asked by her boyfriend to take a closer look at the screen.

"How did you do that?" the surprise girlfriend asks.

"Babe! How did you do that?" asks the girlfriend, this time with a more excited tone.

Knowing that the blocks are spelling out a message, she carefully guides her character around them, instead of crashing through them. "I don't want to break it," she says. 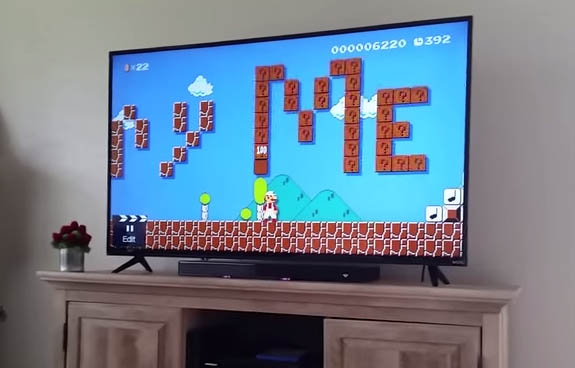 She laughs and blissfully screams "babe" four times as her game character runs across the course revealing the rest of the message: "Will you marry me."

"Yes, of course," affirms Edwards as she breaks into tears.

Birkinbine posted the video to YouTube on May 21 with the caption, "Hope everyone enjoys just a bit of our special moment. Geeks do it better!" The touching display of creativity and affection quickly went viral, with viewership heading toward one million and media outlets picking up the story from every corner of the world. Among them were the Huffington Post, Time, NPR, Mashable, USA Today, Inquirer, Daily Mail and Yahoo News.

The romantic gamer acknowledged that the viral nature of the video can be credited to his fiancée's reaction.

"The positive comments make it all worth it... people like a feel-good story," wrote Birkinbine in the comments section of his YouTube video. "Just never thought it would come from our little corner of the world. This video is nothing without her reaction. She is the star."

The romantic groom-to-be appropriately proposed with an engagement ring balanced atop a Super Mushroom, also known as a Power-Up Mushroom, originated in Super Mario Bros. 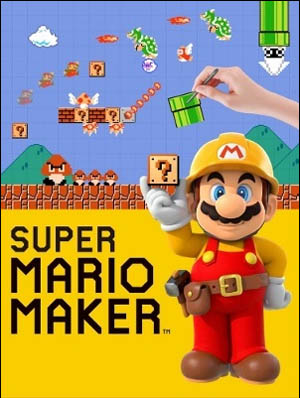 Check out Birkinbine's viral video below...