Only one week removed from his startling Election Day triumph, President-elect Donald J. Trump already has been immortalized in sapphire. 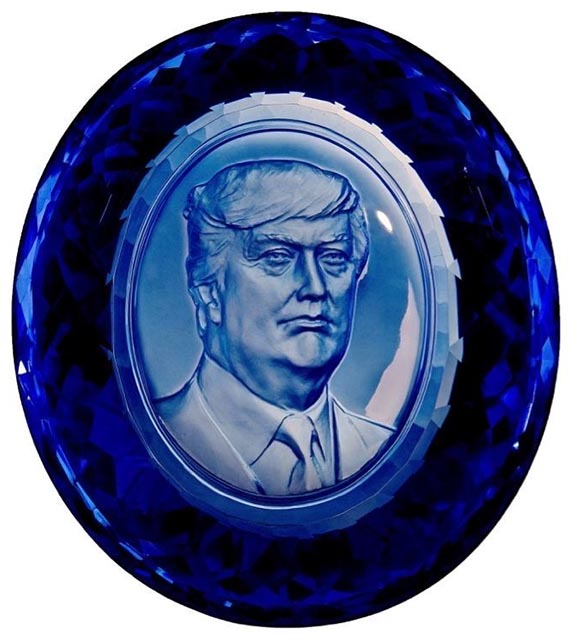 London-based Vip Art Ltd., which is known for its extraordinary dimensional gemstone portraits, just released a likeness of Trump carved into a dark blue sapphire weighing 698 grams, or 3,490 carats. Despite the singular dark blue hue of the sapphire, the carving displays a surprising range of overtones.

Vip Art Ltd. employs a unique technology that allows 3D images to be carved into gemstones of any hardness, including diamonds. This technique was developed by Viktor Petrik, an eccentric Russian-born inventor who has been called a “modern-day Thomas Edison” by his admirers. 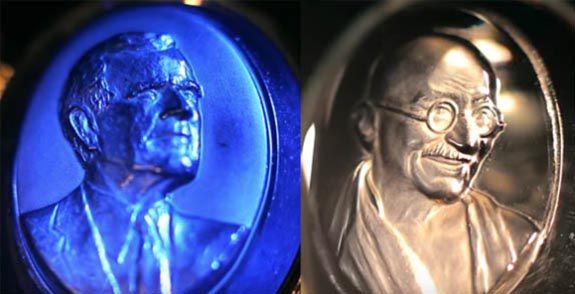 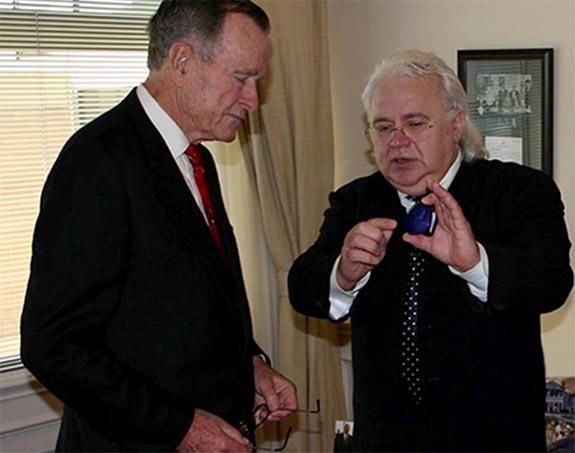 Former President Bush received his sapphire portrait in December of 2004.

In preparing Trump’s portrait, Petrik noted that he spoke with the real-estate-mogul-turned-presidential-candidate to get a better understanding of his character.

“I try to convey the similarity with nature, not by copying external features, but identifying and reflecting basic psychological characteristics of the person,” noted Petrik in a statement. “During the design process, the more Donald Trump’s personality became revealed, the more in love I became with this man. Of course, he sees a world further and deeper, of greater value than most people.”

The portrait starts off as a traditional putty or wax carving, but how the art transfers to the gemstone is still a bit of a mystery. Petrik noted in a 2015 press release that laser and ultrasound technologies are not used.

Vip Art Ltd. maintains a very exclusive clientele. Despite the fact that gem carvings can cost from $2.5 million to $5 million, Vip Art limits its subjects to dignitaries and world leaders.

“Unfortunately, in many cases we will have to refuse a potential customer,” noted Petrik. “We carry only the portraits of great men whose lives have impacted world culture and history.”