Back in February, a thumb-shaped 404-carat gem-quality rough diamond miraculously found its way through a hole in the sorting screen at Lucapa Diamond Co.'s Lulo processing plant in Angola because it was oriented vertically, not horizontally. 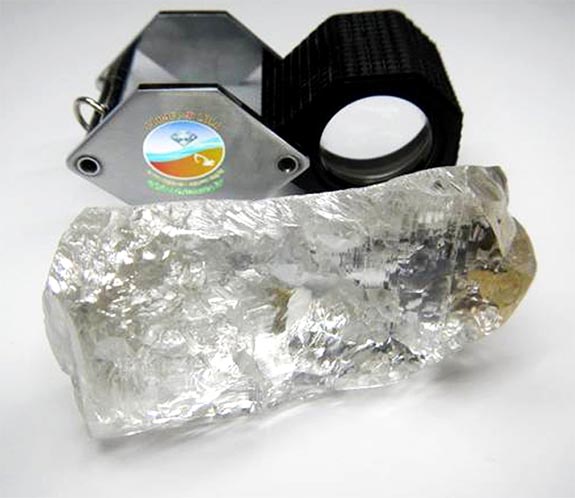 Had the gem — which was eventually sold for $16 million — passed through lying flat instead of standing up on edge, it would have been rejected and discarded. It would have likely joined the other rejected, oversized "rocks" Lucapa had collected and used to fill the road beds throughout the Lulo project.

The diamond recovery plant had been configured to capture diamonds up to 280 carats in size. Before that day in February, no rough diamond larger than 278 carats had ever been pulled from the mine. 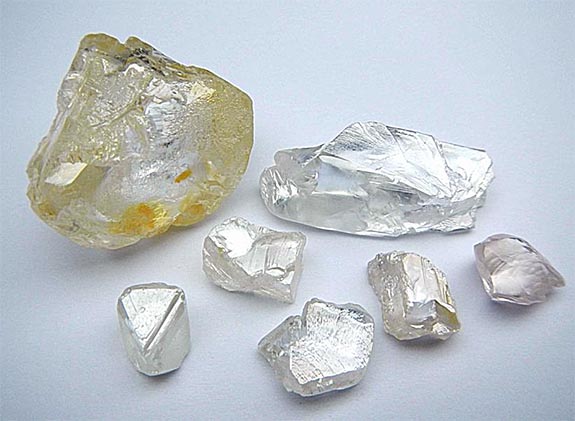 Now, the Australian Business Review is reporting that Lucapa executives have good reason to believe that the roads surrounding the Lulo mine may be literally paved with diamonds. Lucapa chairman Miles Kennedy is affectionately calling them "the diamond highways."

Lucapa is betting that many more mammoth-size diamonds were rejected in the sorting process and ended up as road filler. The company is looking into the prospect of digging out the road material and reprocessing it through a new sorting machine that can recover diamonds up to 1,000 carats in size. The new machine will go online next month.

Lucapa has been stockpiling potentially diamond-rich oversized material since February's spectacular find. The Australian Business Review reported that the stockpiled material will be sorted first, and if more giant stones emerge, the roads surrounding Lulo will be dug up next.

The Lulo Diamond Project in Angola already has earned a reputation for producing very large, high-quality rough diamonds. Lucapa has found six stones weighing 100 carats or more, including two in the past few weeks. The most recent find was a 172.6-carat D-color, Type IIa stone, the purest of all diamonds because they are composed solely of carbon with virtually no trace elements in the crystal lattice.

Earlier this month, Lucapa unveiled a 38.6-carat fancy pink diamond from Lulo, offering the possibility that the mine could become a prime source for all varieties of fine-quality diamonds.