Made famous in the landmark 1939 film The Wizard of Oz, Dorothy's Ruby Slippers have been a popular attraction at the Smithsonian in Washington, D.C., for more than three decades. 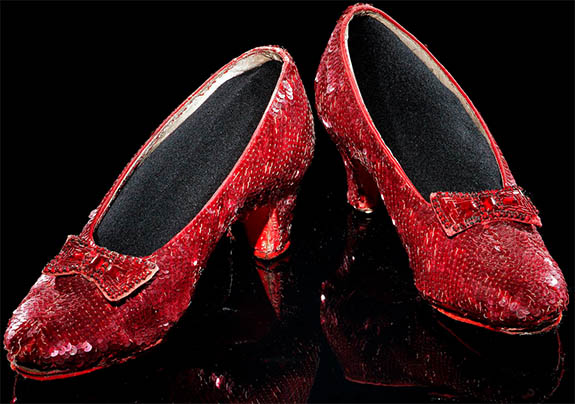 But the 77-year-old slippers are showing their age. The color has faded and the slippers appear dull and washed-out. The ruby-red sequins that once gave the shoes their vibrant color are flaking and some of the threads holding the sequins in place have frayed.

Conservationists at the Smithsonian’s National Museum of American History are looking to give Dorothy's slippers a well-deserved facelift and a new state-of-the-art display case designed to protect them from environmental harm and slow their deterioration.

The price tag to accomplish these goals is $300,000, and although U.S. taxpayers do fund the core functions of the Smithsonian, there are no funds available for the Ruby Slippers project.

So the Smithsonian is embarking on a Kickstarter campaign to generate $300,000 within 30 days. The two-day-old campaign has already generated more than $117,000 from 2,100 backers. Tony Award-winning Broadway costume designer William Ivey Long has created a series of Thank You gifts for contributions ranging from $10 to $100. These include posters, tote bags and t-shirts. 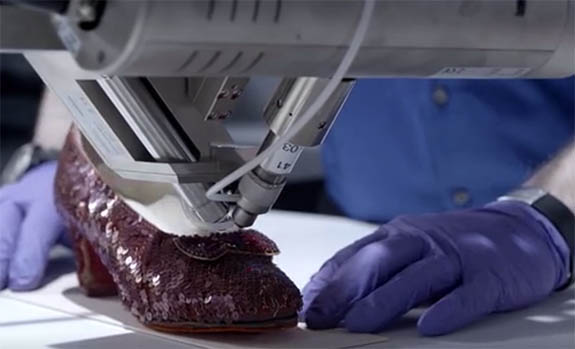 Those who contribute $10,000 will enjoy a rare, behind-the-scenes look at the conservation of the Ruby Slippers.

If the fundraising effort is successful — and at this pace it certainly will be — the revitalized slippers with be at the center of a new multimedia exhibition titled "On With the Show," which is scheduled to make its Smithsonian debut in 2018.

This is not the first time the Smithsonian has turned to Kickstarter to fund an important conservation project. In July 2015, the Smithsonian sought $500,000 to conserve and digitize the spacesuits of Alan Shepard and Neil Armstrong. The “Reboot the Suit” campaign ultimately raised $719,000.

Acknowledged as one of the most iconic artifacts in film history and often called "the most famous pair of shoes in the world," the Ruby Slippers displayed in the American Stories section of the National Museum of American History were donated anonymously in 1979.

Movie historians believe that MGM’s chief costume designer Gilbert Adrian created multiple pairs of ruby slippers for the film, but only four pairs are known to still exist. The Smithsonian's pair is the one Dorothy wore when she followed the Yellow Brick Road. 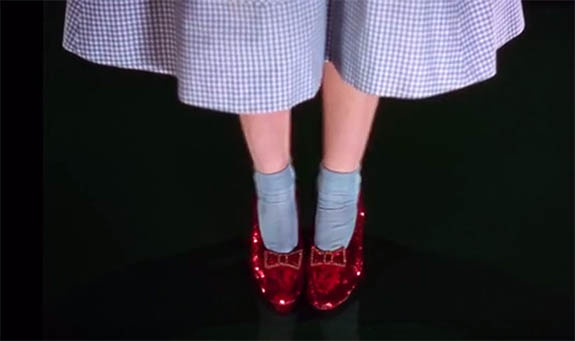 A second pair was stolen from the July Garland Museum in 2005; a third pair was purchased in 2012 by Leonardo DiCaprio and other benefactors on behalf of the Academy of Motion Picture Arts and Sciences; and a fourth pair is owned by a private collector in Los Angeles.

In the 1900 children's novel The Wonderful Wizard of Oz by L. Frank Baum, Dorothy's slippers were made of silver. According to film lore, screenwriter Noel Langley recommended that they be changed to ruby red so they would stand out better on the yellow brick road when shot in brilliant Technicolor. 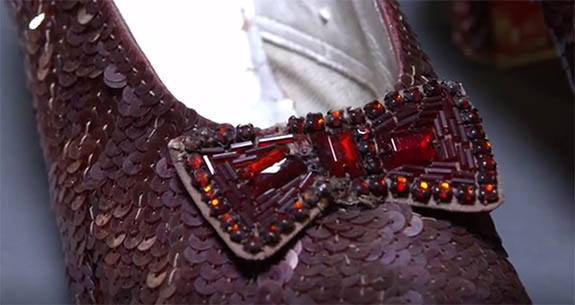 Interestingly, Dorothy's Ruby Slippers are not made of ruby at all. In fact, the bugle beads that prop designers used to simulate ruby proved to be too heavy. The solution was to replace most of the bugle beads with sequins, 2,300 on each slipper. The butterfly-shaped bow on the front of each shoe features red bugle beads outlined in red glass rhinestones in silver settings.