Shoppers will be showering their moms with $5 billion in jewelry gifts on Sunday, May 14, setting a new Mother's Day record for that category. That tally represents an increase of 19% compared with the $4.2 billion spent in 2016. 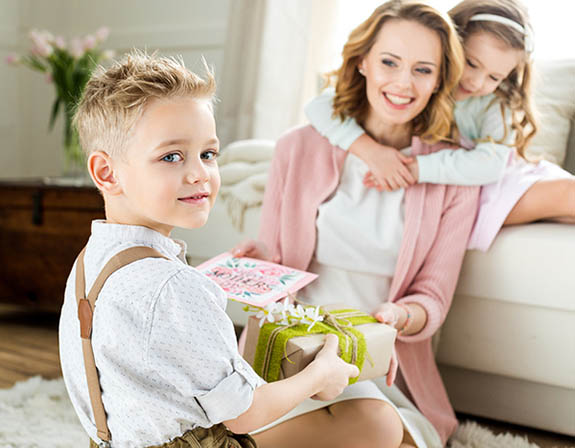 Mother's Day gifts across all categories will total a record $23.6 billion, outpacing 2016’s performance by $2.2 billion, or 10.2%, according to the National Retail Federation’s annual survey conducted by Prosper Insights & Analytics. The NRF noted that the overall increase will be driven largely by the jewelry and personal services categories. 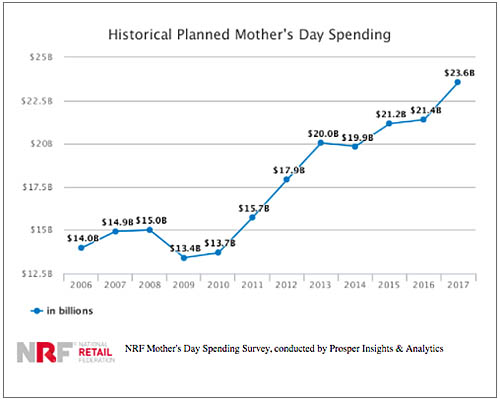 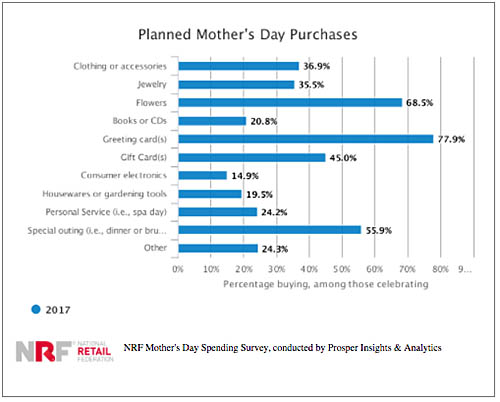 The NRF's survey predicts that more than one in three (35.5%) Mother's Day shoppers will be buying a jewelry item this year.

“With spring in full bloom, many Americans are looking forward to splurging on their mothers this Mother’s Day,” NRF President and CEO Matthew Shay said. “Retailers will be ready with a wide range of gift options and a variety of promotions for their customers." 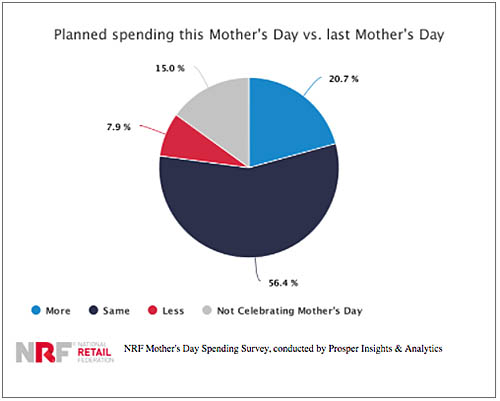 The survey, which asked 7,406 consumers about their Mother’s Day plans, was conducted April 4-11 and has a margin of error of plus or minus 1.2 percentage points.