Football fans learned on Sunday that there’s no love lost between Western Conference rivals Aqib Talib and Michael Crabtree, and there is no penalty for ripping a gold chain from an opponent’s neck. 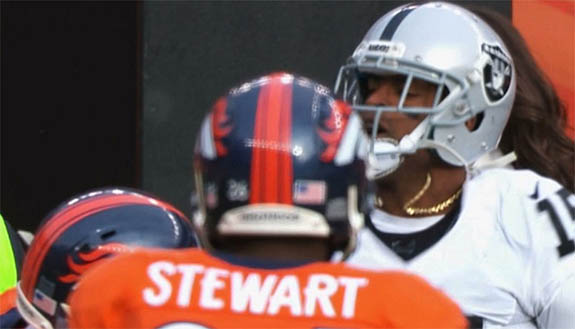 The surreal scene played out in the first quarter of the NFL game between the Oakland Raiders and the Denver Broncos. On a Raiders third-and-7, quarterback Matt McGloin targeted wide receiver Crabtree for a long pass along the right sideline. The pass was incomplete, and defending on the play was cornerback Talib.

While it’s common for football players to posture and trash talk after a pivotal play, Talib took the animosity one step further when he faced up to Crabtree, seemed to bump helmets with him and then yanked the gold chain on his neck. 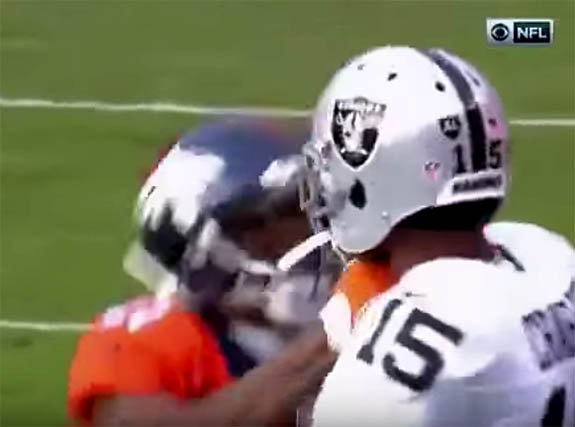 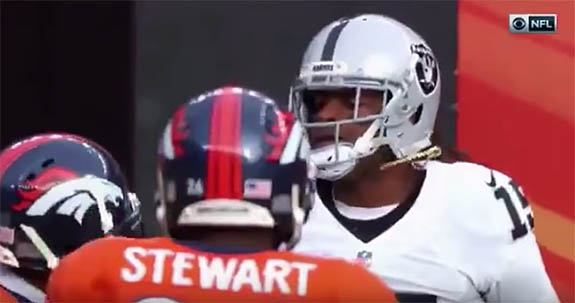 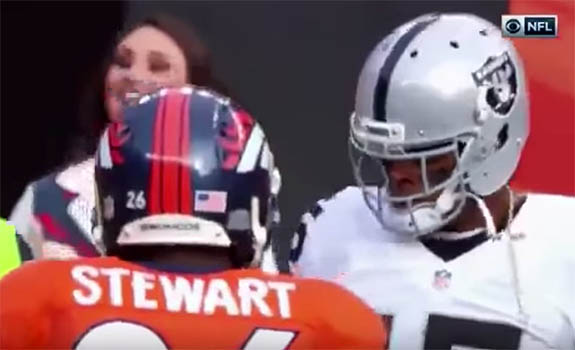 Crabtree looks surprised as the chain snaps, recoils and then hangs vertically down his left shoulder pad without falling off. 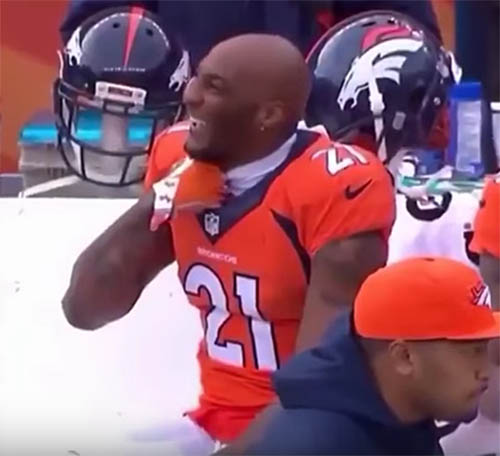 After the play, Talib is shown on the sideline smiling and gesturing to teammates how he plucked the chain on Crabtree’s neck. The sideline shot of Crabtree showed the player visibly upset. 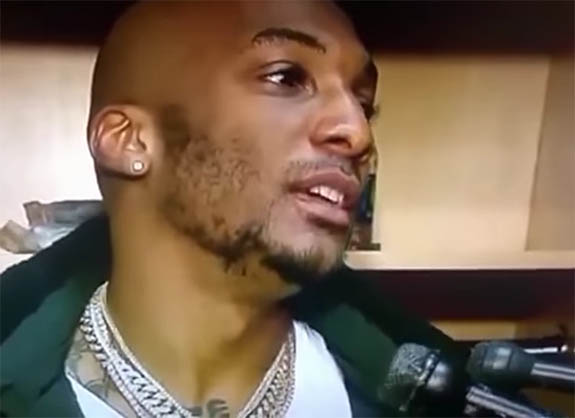 After Denver’s 24-6 victory, Talib — wearing no fewer than four chains and a pair of stud earrings of his own — told reporters that he’s had his eyes on Crabtree’s gold necklace since the beginning of the season. 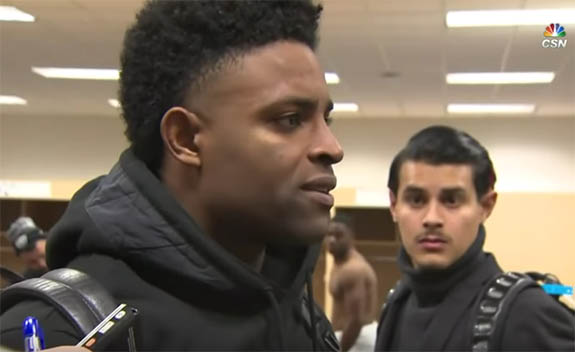 Crabtree said that he did talk to the officials after the play, but they refused to throw a flag. Apparently, ripping a chain off an opponent’s neck is not in the official rule book.

“Disrespectful” is how Crabtree described the referees. “They were acting like I was the problem. That’s what I didn’t like.”

He also said he made a “business decision” not to retaliate against Talib during the game, saying that his team needed him and that he didn’t want to risk getting ejected.

The NFL has very strict rules when it comes to what a player wears on the field. They can be fined for wearing non-sanctioned socks or shoes. But when it comes to jewelry, the rules are fairly lax.

Necklaces and earrings may be worn as long as they are within reason. Bracelets must be covered at all times. In fact, any hard item on the hand, wrist or elbow must be covered by 3/8ths of an inch of foam rubber or similar material.

Wearing a wedding ring is frowned upon because it might need to be cut off if the player sustained a finger injury. More and more married NFL players have chosen to wear silicon wedding bands during their games and workouts. They come in a multitude of colors and provide a much safer option.