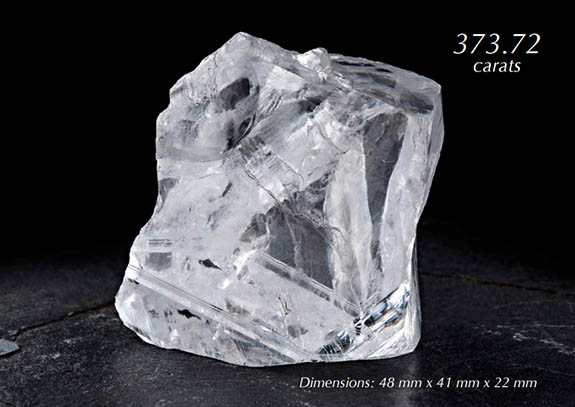 Immense by most standards, the rough gem is actually a broken shard from the second-largest diamond ever discovered — the 1,109-carat Lesedi la Rona. Discovered in 2015, that diamond is about the size of a tennis ball and weighs nearly a half pound. Only the 3,106-carat Cullinan, unearthed in South Africa in 1905, was larger. 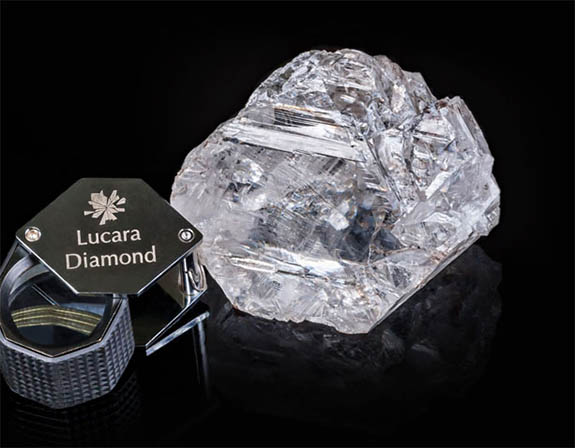 The shard was the largest of the rough diamonds included in Lucara's Exceptional Stone Tender. In total, the extraordinary collection of high-value diamonds showcased 15 stones totaling 1,765.73 carats. The entire grouping yielded $54.8 million. 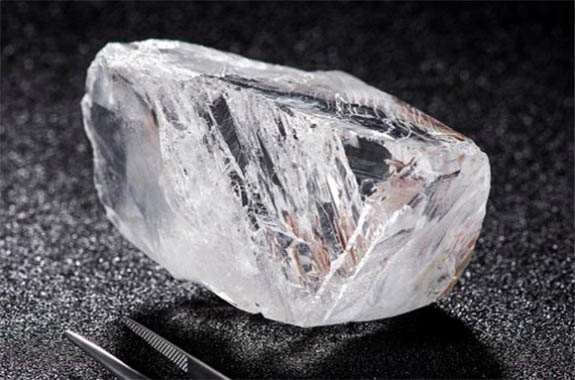 Interestingly, the 373.7-carat shard was the smaller of two shards broken off the Lesedi la Rona. The other was "The Constellation," an 813-carat marvel that sold for $63 million in 2016, setting a world record for a rough gem. All three stone are rated Type IIa, the purest of all diamonds because they are composed solely of carbon with virtually no trace elements in the crystal lattice. Each of the three was found within two days of each other in mid-November 2015.

Had the Lesedi la Rona remained intact during the mining and sorting process, the rough gem would have tipped the scales at more than 2,295 carats. While the shards have found buyers, Lesedi la Rona remains unsold. A $61 million bid at Sotheby's in 2016 failed to meet the reserve price.

The gems in Lucara's "Exceptional Stone Tender" ranged in size from 29.90 carats to 373.72 carats, with three individual stones weighing more than 200 carats and seven selling for more than $2 million each.

All of the gems were unearthed at Lucara's Karowe mine in central Botswana. The mine has been in operation since mid-2012 and has consistently yielded a steady stream of truly exceptional diamonds. The rough diamond tender ran from May 3 to May 11.