A Memphis plumbing crew required a high-tech camera and a little bit of luck to successfully rescue a diamond engagement ring that a bride-to-be accidentally flushed down a second-floor toilet. The ring had traveled 21 feet through the waste line and was just 12 inches from dropping into what plumbers call “The Abyss” when it was recovered. 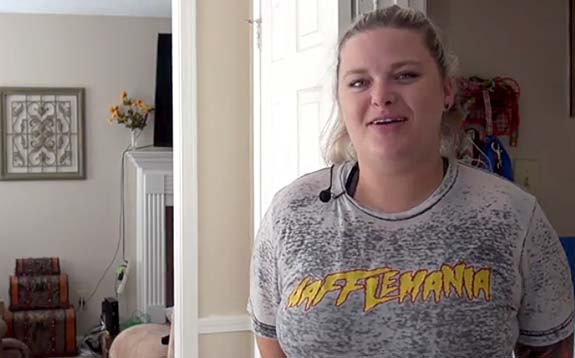 Last Tuesday morning at 5 a.m., Courtnee Ivy had just used the restroom when she realized her brand new, but loose-fitting, engagement ring had been flushed down the toilet.

Ivy’s first instinct was to reach in.

“I freaked out. I put my hand as far into the toilet as I could,” Ivy told Memphis CBS affiliate WREG. 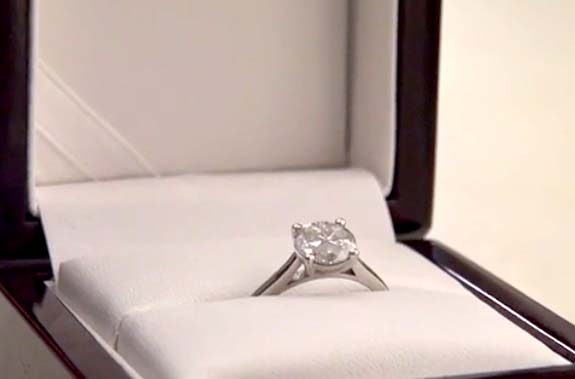 When that strategy proved fruitless, she called her fiancé, Chris Beveridge, to tell him what happened. The crack-of-dawn call caught the young man by surprise and he sensed that something was seriously wrong.

Ivy told her fiancé that her next strategy was to use a plunger.

After doing a bit of Google-based research, Beveridge arrived at the house with plumbing supplies from Home Depot. He was determined to remove the toilet and use a flashlight to see down the PVC pipe.

When that didn’t work, the couple called in the experts at Patton Plumbing, Heating and AC.

Owner Shawn Patton immediately sent over a team equipped with a high-tech camera rig that can snake through waste pipes. 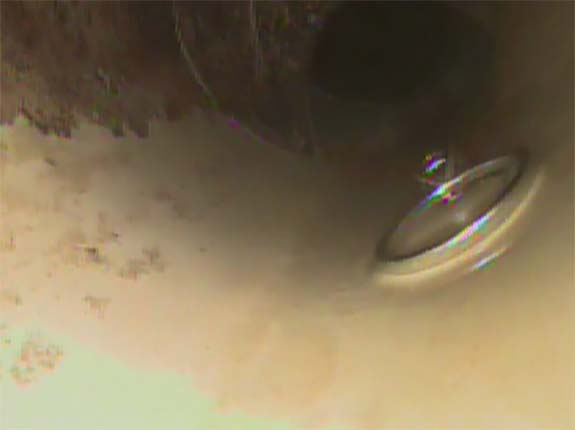 Exactly 21 feet into the line, the camera was focused on the diamond-and-precious metal treasure. 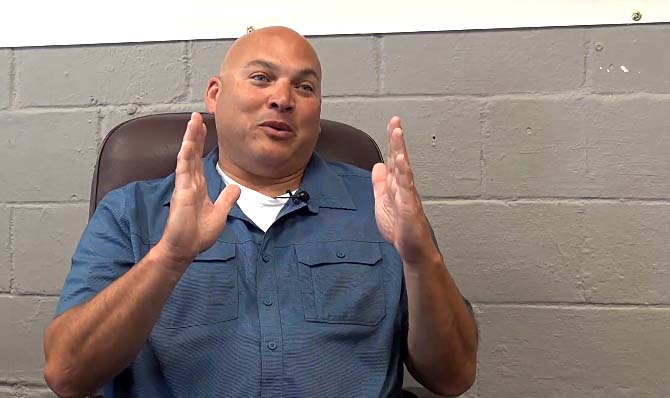 Had the ring traveled another 12 inches, it would have descended into “The Abyss,” the vertical pipe that dumps directly into the main sewage pipes. Essentially, the ring was a mere foot away from being lost forever. 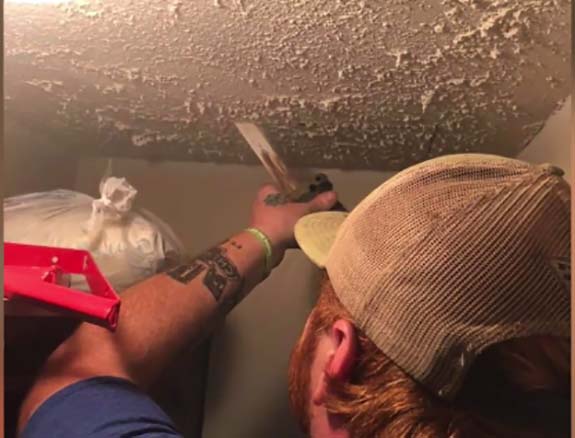 By mapping the distance the ring had traveled, the plumbers were able to pinpoint where the ring had settled in the home’s plumbing system. It was in a pipe below the hallway of the second floor. Patton’s team sawed an access hole in the ceiling of the first floor and dissected the pipe.

Ivy could hardly contain her emotions.

“I had to leave just cause I couldn’t sit here anymore, I kept crying,” she told WREG.

After what seemed to be an eternity, Patton and his crew finally snagged the ring from the pipe.

Beveridge and Ivy were thrilled to get the ring back and praised the plumbers for their technical expertise, as well as going above and beyond the call of duty.

Patton was excited, as well.

“I probably have done one of these in the last 10 years and, so, when we get it, we’re excited,” he told WREG. “If there is a chance to get it out, we are going to get it out. It’s a chance to do something really fun and good for the customer, and you’re hoping for the best.”

Probably the most important takeaway from this story is to always have your engagement ring properly sized by a professional jeweler.